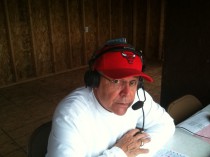 Larry Bostwick was born in Clinton, Illinois and spent his childhood on a dairy farm in Wisconsin. Larry and his older brother Terry, milked cows twice a day on their farm so he was no stranger to hard work as a young boy. His family moved to Clinton when he was a teenager and he lived there until he joined the U.S. Navy in 1962.

In the Navy, Larry served on board the U.S.S. Ranger as a hospital corpsman/operating room technician during the Vietnam conflict.  He has lots of stories about his Navy days!

After his stint in the military, Larry worked in the medical field and later in the insurance business.  He's done a lot of things (insurance investigator, insurance underwriter, insurance agent, bar manager, highway contractor for mail routes, horse owner to name a few) but sports has always been his passion - as a football and baseball player in high school, a spectator, and now a broadcaster.  Larry's love of the game and athletes is apparent in his impartial, informative and personalized broadcasts.

Larry is an American Indian from the Stockbridge Tribe.  He is proud dad to 4 children, Debbie, Jeff, Brian, and Melissa and one step-child, Justin; grandpa to Chelsea, Ryan, Molly, Rusty, Dane, Henry, Norah, Julia, and Katie and a great-grandpa to  Maddy and Finn.  He and Jayneece live in Raymond. 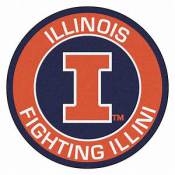 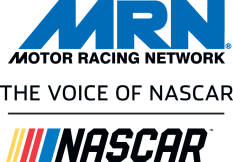 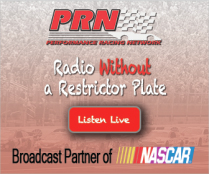